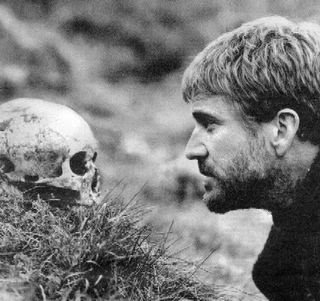 Hamlet
8:00 p.m, Van Wickle Gates
You’ve probably read it at some point during high school, if not college, or at least seen it referenced in “The Lion King” or “The Simpsons.” But I bet you haven’t had the chance to follow the characters through campus as they reenact the notorious tale of murder, betrayal and teenage (err … 30-year-old) rebellion. Get there early to be one of 50 to see the show on opening night (it will continue at the same time Friday, Saturday and Sunday, with 100 seats)!

Rhode Island Hunger and Homelessness Teach-In
6:30-7:30 p.m., MacMillan 117
Learn about the situation of the homeless in Rhode Island and how you can help. This discussion will include a representative from the social services agency and soup kitchen Amos House in South Providence, Rabbi Oser of Judy’s Kindness Kitchen and Professor of Sociology Gregory Elliot, along with the Community Health DUG and the sisters of Kappa Alpha Theta.

Brown New Music Presents: GREEN TEA PARTY
8:00 p.m., Grant Recital Hall
The music department and Brown New Music are sponsoring a “tax Eve-Asian” concert — though if you’re not feeling bold enough to break the law, it can always serve the purpose of tax procrastin-Asian. The performance will showcase pieces by East Asian composers and tax-themed improvisations. Disclaimer: no green tea will be provided. Come pay homage, not taxes.

Ivy Film Festival: Screening of “Hesher”
9:00 p.m., Barus & Holley 166
This drama starring Joseph Gordon-Levitt and Natalie Portman has not yet been released to the public, though it was featured in the Sundance Film Festival this year and sounds sufficiently dark and pleasantly creepy.

Also, take some time out of your evening to appreciate Rubber Eraser Day. The subject of this celebration may seem to be nothing more than a little pink thing on top of your pencil, but on a deeper level it means so, so much more. Think about it.

Posted in: News / Tagged: shakespeare, what to do tonight
Tweet