Flashback to your high school graduation: you walked confidently to the front of your capped-and-gowned class, picked up your diploma, and walked out of school forever.  A future of literally limitless possibilities at the top of College Hill was an option welcomed with open arms after years of college-driven course choices — until pre-registration. Then freshmen inevitably realized Brown’s curriculum pretty much meant they were all utterly overwhelmed and totally screwed.

Cue the entrance of those angels in punny shirts we like to call the Meiklejohns.  Unlike the professorial advisors who offered a few vague words of encouragement, Meiklejohns came to the rescue with the real dirt, including advice like which professors were snooze-worthy, who delivered captivating lectures, which classes were way too difficult for first-semester students, and reasons why you shouldn’t take that 9 a.m.  As the new college student breathed a sigh of relief, a string of questions must have fleetingly crossed his mind — where does the word “meiklejohn” come from? Should I get my lactaid pills? Who is John? 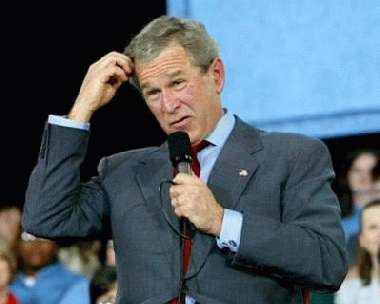 The namesake of the peer advising program, Alexander Meiklejohn, was a student of Brown University and later the Dean of the College from 1901-1913.  As a student he was a member of Thete (and possibly thete-ed Women’s College girls instead of dating them).  Like a true Brown student, he appealed to the Brown administration to help him decide on his future.  When he asked Ben E. Andrews, former President of Brown, whether he should pursue philosophy, Andrews’ advice to him was that “A Scot has to love either whiskey or philosophy. Since you don’t love whiskey, your decision is made for you” —Spoken like a real lover of “spiritus fermenti.”  Meiklejohn then went on to become a renowned philosopher on the topic of free speech.  He believed that in order to develop an educated electorate, the marketplace of ideas would have to be laissez-faire.  By allowing ideas to be accepted or dismissed, the people, he proposed, could ultimately develop a more perfect sense of truth.

Meiklejohn went on to implement this theory in the University of Wisconsin’s Experimental College.  His sketch of this utopian college community eradicated the structures of the classic college by getting rid of requirements, formal exams, and mandatory attendance (Can you say S/NC?).  Even though the college was forced to close after five years, the spirit lives on in Brown’s open approach to education and the enormous survey of knowledge that if offers to its students.

In spite of Meiklejohn’s devotion to the free-flow of ideas, he was an aristocrat at heart.  After a ten-year tenure as President of Amherst College, he was ultimately asked to step down from his position, one reason being that he required six “servants” to run his presidential residence.  So with pre-registration just around the corner, remember that Meiklejohn would want you to explore the truths of this existence, but not without a little help from your friends to clean up your mess.