So it’s almost finals period and the pressure’s on. You no longer have the time to indulge in the hidden gems of Netflix’s Watch Instantly feature. Instead, you want something comfortable during your study break. Something familiar.

Without further ado, ten classic episodes you could be watching right now with the click of a button:

“Heat” (Season 1, Episode 6) – The Jolly Olly Man was one evil son-of-a-bitch. He made fun of Harold for switching to Diet Mr. Fudgies, busted Arnold’s chops on Career Day and even dressed in drag once to steal Grandpa’s Packard. But his most nefarious scheme involved teaching us supply and demand. For he knew that on the hottest day of the year, a snow cone increases in value. He did not, however, know that the neighborhood children would flip his ice cream truck. The episode’s thrilling climax is inspired by Spike Lee’s Do The Right Thing, also on Watch Instantly.

“Pigeon Man” (Season 1, Episode 14) – A tragic figure misunderstood by society, he was entirely disillusioned with humanity until Arnold came along. The character, who appeared just once, was a cross between The Elephant Man and Vincent van Gogh. Finally, with the help of his pigeons, he flew toward the sun in one of the show’s most beautiful moments (although we’re pretty sure it was a metaphor for his suicide).

“Arnold’s Christmas” (Season 1, Episode 20) – Mr. Hyunh recounts the story of how he managed to get his young daughter out of Vietnam during the war but never saw her again. Arnold makes it his mission to reunite them for the holidays. Helga’s unacknowledged act of kindness convinces our kindergarten selves that she is worthy of Arnold’s love. 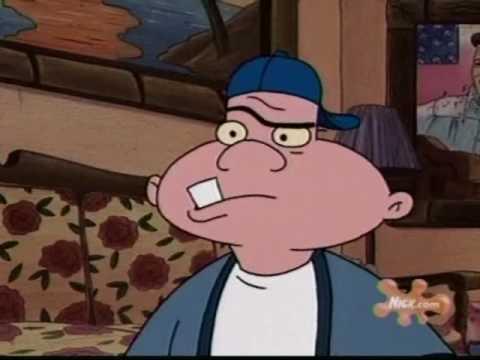 “Longest Monday” (Season 2, Episode 12) – One day a year, the fifth graders throw all the fourth graders into trash cans. Arnold’s crew is picked off one by one as he and Gerald try to navigate their way home safely. This episode, a tale of survival in the vein of The Great Escape, will most certainly keep you on the edge of your seat.

“New Teacher” (Season 2, Episode 18) – Harold eats Mr. Simmons’ sandwich and effectively shatters his self-esteem. Which is hilarious. But this one is far more memorable for the hazing of drill sergeant Mr. Goose. We learned the importance of asking questions, although Curly never did get an answer regarding why fools fall in love.

“Oskar Can’t Read” (Season 4, Episode 4) – Any die-hard fan of the show will tell you that Oskar Kokoshka is the best character. In this episode, Arnold discovers the Sunset Arms boarder has no idea how to read. In order to fool everyone, he memorizes the entire opening of A Tale of Two Cities. He eventually learns how to “pet the kitty” in the children’s section of the local library… which is not as disturbing as it sounds.

“Dino Checks Out” (Season 4, Episode 17) – Dino Spumoni, the show’s stand-in for Sinatra, fakes his own death so he can accumulate fame post-mortem. An insightful commentary on celebrity with many clever pop culture references. The best part might be when Lyndon Johnson calls Spumoni a “big ol’ Eye-talian nutjob” and then sics his dog on him.

“Chocolate Boy” (Season 5, Episode 8 ) – This YouTube clip is all the convincing you’ll need to check this one out. “I’m like a clown, I’m a chocolate clown!” 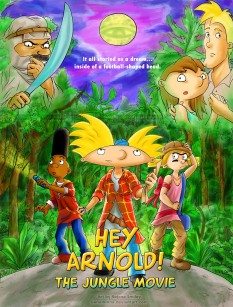 “The Journal” (Season 5, Episode 19) – We finally learn all about Arnold’s parents, who disappeared while on a medical mission in San Lorenzo. Had the crappy first movie been successful, the creators had a sequel planned that would have followed Arnold and the gang searching the jungle for his parents. It looks like it would’ve been badass, judging from the widely circulated fan-made poster on the left. Join the Facebook campaign to get the movie made, if you’re so inclined.

A couple of extra notes:
– We didn’t include Stoop Kid because odds are you’ve seen it recently.
– For some reason, the Netflix stream doesn’t include Season 3, which includes a pig war, Harold stealing a ham and Curly going bat-shit insane. But you can find every single episode of the show on YouTube. Check out the hyperlinks.

And, for your listening pleasure: