Frosh-cessities: Seeing your high school friends anew… and getting annoyed 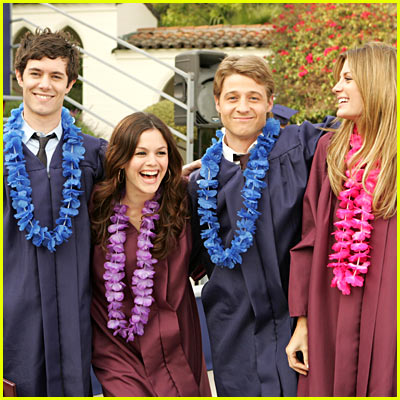 Thanksgiving is just around the corner, and for most freshmen this means first-time reunions with old friends are imminent. Seeing old friends is exciting! Remember that time [insert classic high school memory]? Such good times. Reuniting is going to be great.

But you should know that it’s probably not going to be. After returning from Homecoming weekend at my old boarding school, I’ve decided that nostalgia is kind of a dumb and overrated emotion. It’s easy to get confused about what high school was actually like with all that Alicia Silverstone, Heath Ledger, and more recently, Josh Schwartz have told us: that it was awesome, dramatic, and full of beautiful people.

It was not like that. First of all, you probably attended classes if you’re now at Brown, and you also did some homework. Also, pimples.

So you go back, and there’s that uncomfortable party that everyone goes to with a certain set of expectations:

This is going to be so epic! Cannot wait to show everyone the COLLEGE me. I wonder if everyone will be like, wow, she’s like a model now. And also everyone that was hot shit in high school will be like so ashamed of not being me now. Plus, my best friends and I are back together and it’s like nothing has changed! Except for me, I’m more amazing now.

No, no… The reality is that not that much will have changed in the past few months, but everyone wants to sell you the story of how these last nine weeks have been so formative.

There are the friends/acquaintances who can’t stop talking about how happy they are at college (read: they think they’re happier than you are and want to brag about it).

OMG, did you know that everyone at [school that’s not Brown] is amazing? Also, everyone there is my friend, and also really, cool, did I mention that? I’m really cool there, that’s part of it. I’m so glad you’re happy! That reminds me of how I’m really happy. Sigh. Wait, that’s really funny. That reminds me of my friend [really weird, awesome name] who is so funny, she’s just the greatest person I’ve ever met and we’re so close, we’re the same person.

Then there’s that kid that’s randomly become a massive druggie, and really wants needs you to know about it.

Yeah, I mean, it’s a different social scene, it’s really pumping, most people – at least, the people I know – do coke a lot, I do it only like once a week though, no big deal. Smoking up is fun I guess, I’m kind over weed though, you know? Ugh, this party we’re at is so lame, I wish I had some molly so we could make it crazy! [continues to name-drop drugs] Did you say drop? Dropping acid is so chill….

Obviously someone who used to look like this will now be sporting some nose ring or tattoo. Or vice versa.

My personal least favourite moments are the hugs. You have to hug everyone at this event. You only knew of each other in high school but never spoke? You were really only class friends that one semester sophomore year? You used to hook up and it ended awkwardly? You hate that bitch? TOO BAD. It’s a hugging situation. (This is particularly bad for me, because I’m already a really bad hugger. Blame my height/my parents for raising me as a two-kiss person but sending me to American schools.)

In summary, high school was awkward. Seeing high school people will inevitably be awkward. Some of your friends might annoy you. Some might be annoyed by you.

My advice is: cut everyone some slack, and try your hardest not to be self-involved. Just be normal (we all know Brown is better than their dumb schools anyway).

Just appreciate the mid-freshman-fall jitters for what they are: kind of hilarious. And if you can’t, stay home and watch unrealistic misguiding amazing movies.