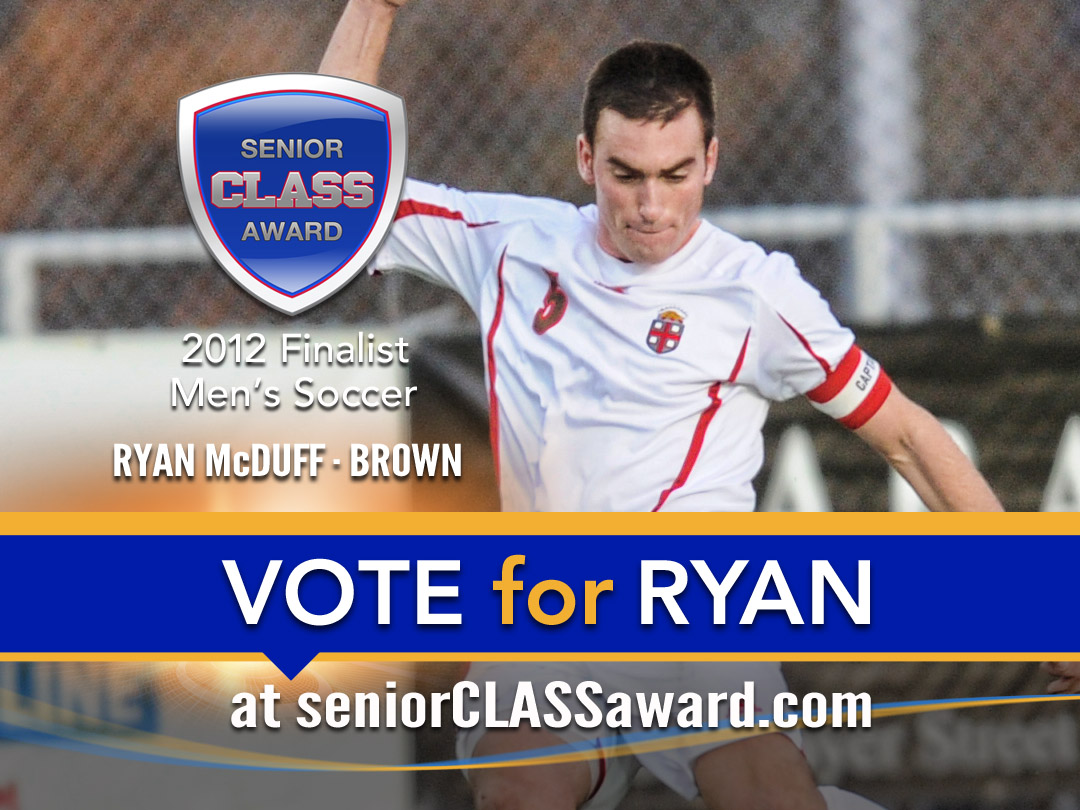 Putting the exclamation point on an exciting and previously-believed-to-be-over Brown men’s soccer season, senior defender and co-captain Ryan McDuff ’13 won the Lowe’s Senior Class Award. The award honors one senior from all the Division I NCAA teams in each sport for their combination of achievements in athletics, academics, community service, and all-around awesomeness. Obviously, McDuff fits the bill, having guided Brown to NCAA tournament berths in each of his four seasons and simultaneously excelled off the field. Brownbears.com, who put the voting link on their splash page for, like, 100000 days in a row, possibly deserves some of the credit as well.  Congrats to McDuff for representing Brown athletics by winning such an impressive national award and for his career-long excellence that brought him the recognition!