All posts in hilarity 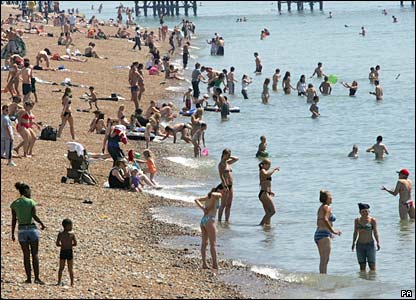 You might be asking yourself, why Brighton Beach? Or maybe even, wtf is Brighton beach? Well, Brighton Beach is the neighborhood in Brooklyn where the famous Coney Island resides. There is also a large Russian population in Brighton Beach, which is, in part, one of the ways the show will differentiate itself from Jersey Shore, according to the article in The Observer. In fact, according to the article, that seems to be one of the basic premises: “The show, Brighton Beach, will place a group of strangers in a house on Coney Island, and promises to differentiate itself from Shore by focusing on the foibles unique to the Russian community, according to producer Elina Miller.”   END_OF_DOCUMENT_TOKEN_TO_BE_REPLACED