All posts in traditions

The end of Naked Donut Run?

We at BlogDailyHerald are hearing reports that this semester’s traditional Naked Donut Run involved a few too many clothing items. According to our intelligence, after successful (read: naked) Naked Runs at the CIT and the Rock, NDR-ers were stopped by SciLi security and told they had to put on clothes, or face punishment.

One NDR-er said security took down names of participants, while another NDR-er reported that a security member here told the group that there would be arrests if it continued, threatening to take names and review video.

Damn, security guys. We’ve been so patient, waiting for our donuts this semester. Naked Donut Run is a storied Brown tradition. You can’t just shut it down!

So this year’s Naked (or Semi-Clothed) Donut Run is over. Who knows what it will look like next semester….

We’ll keep you updated as we know more. Tell us anything you know about this outrageous situation in the comments! 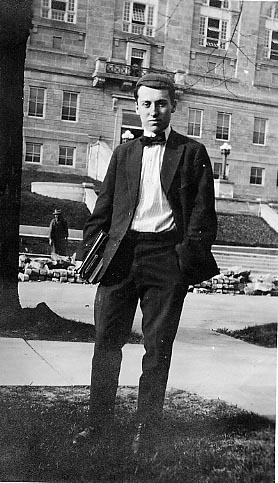 Freshmen used to get beaten up for not dressing like this. Seriously.

As you’ve probably noticed, the fall admissions season is beginning, bringing with it droves of pre-frosh eager to hear stories about Brown. Like many good stories, their truth is often questionable. Still, when we found Admissions’s website about Brown traditions, we were surprised to find some we hadn’t heard of. Did you know Brown freshmen used to get beaten up for not wearing “Eton caps,” like those above? Or that “most students eventually learn” Brown’s fight song?

We understand why Admissions (as opposed to, say, Wikipedia) wants to focus on traditions that involve us wearing clothes. But let’s be real here: unlike some other schools we know, Brown wasn’t founded by Puritans…and we’re pretty sure people who brave the Providence winter in December to bring us the naked donut run deserve an official mention. Anything else you think should get a nod? Leave it in the comments!