The People You Will Meet @Spring Weekend

The Girl Who Thinks This Is Coachella

We all know this girl. She has on a very cute outfit. A patterned romper, maybe, or a bra reimagined as a crop top. Her makeup is on fleek, and her winged eyeliner almost hides the fact that her eyes are those of a dead person. She is on Molly that her BFF shipped her from San Diego, and she is absolutely vibing to the music, dancing to the wrong beat. Her friends have lost her, and she is making out with one of her boyfriends. Once her friends find her, they will probably try to take her home, but she will resist and run away from them. After scarfing down pizza at 5pm and falling asleep with all of her makeup on, she will not make it to the afterparty that night.

A friend of The Girl Who Thinks This Is Coachella, this girl is pissed. She has taken two shots before she entered the Main Green, and she is already sobering up. You will find this girl standing on the peripheries of the crowd, profusely texting her group chat or yelling at someone on the phone. She refuses to skip the bathroom line and has been waiting in it for twenty minutes while attempting to stabilize her drunk friend. She is having SO.MUCH.FUN.—she promises.

This dude knew Whitney before they were relevant, and will tell this to anyone who will listen. He is interchangeably ripping his dab and vape pens and is clearly chill as fuck. He can’t wait to go home after this to play the guitar, write shitty poetry, and cry.

They will be traveling in a pack, wearing khaki shorts. They will say they fucking love DRAM but have yet to realize that DRAM has sung songs other than “Broccoli.” Otherwise, they are pretty confused about the lineup this year. Why couldn’t we have gotten Migos, dude?

This couple thinks Whitney’s music is so romantic. “Dave’s Song” just completely encapsulates their feelings for each other and they will therefore be making out throughout the entirety of the concert and will have a quiet night in while their friends are at the club. Wait, is he straight up grabbing her ass right now? I can’t.

Like, I get that the middle of a crowd is the most romantic place to examine the inside of each others mouths, but can we try to keep it PG over here?

This bitch got her foot run over by the Uber she took over from Pembroke and will show everyone her disgusting bruise and cuts because #attention. She will later ask a random boy to put her on his shoulders. He will proceed to drop her on the ground, giving her a concussion. She will spend the second day of Spring Weekend in Health Services.

Your Mean Friend On Coke

This girl yelled at a cop and almost got her entire squad kicked out of the concert. She is bitching at her friends, one of whom is crying. After about an hour, she will make her friends leave early because the comedown is freaking her out. When she gets home, she will punch a wall, cry, fix her makeup, and get ready to go out again for the night.

After nearly kicking out Your Mean Friend On Coke, The Angry Security Guard has decided that he fucking hates teenagers and is considering dropping everything and moving to Peru. Tragically, he will end his day with throw up on his shoes.

The Dude Who Is Overly Committed To Spring Weekend

This kid buried a bottle of vodka on the Main Green last week and is currently trying to dig it up. He made sure to get his Molly tested weeks ago and has listened to no other music than that of the Spring Weekend acts all month.

Spring Weekend is finally here, and the question that many of us have for this year’s performers is:

Though this year’s lineup is full of amazing and diverse artists, you may not know their music well yet.. SO, what do we need to know about this year’s artists?

There’s nothing ~chill~ about Rico Nasty’s music. Get ready for some upbeat rap and hip-hop music you can dance to. With songs like “Smack a Bitch,” “Poppin,” and “Rick and Morty,” Rico Nasty will be sure to bring intense energy to the Spring Weekend stage.

A name you probably recognize, D.R.A.M. (an acronym for Does Real Ass Music) has had a few major rap hits such as “Broccoli” and “Cash Machine.” Get ready for good vibes and a whole lot of fun when this artist takes the stage!

With a mix of R&B vocals and electronic beats, NAO will bring the funky presence that will round out the first day of Spring Weekend. With upbeat jams like “Fool To Love” and chiller songs like “Bad Blood,” NAO’s eclectic vibe will definitely keep things exciting.

This London-based singer is awesomely weird and will bring an exciting, high energy sound to day 2 of Spring Weekend. Get ready to dance to songs like “Cyber Stockholm Syndrome”

This indie-rock band is the perfect acoustic addition to this year’s lineup. The band’s first album Light Upon the Lake is full of popular songs,  such as “No Woman,” “Polly,” and “Dave’s Song.” Their music is easy, relaxing, and folky. I’m not crying in the club, you are…

Last but not least is this year’s headliner, Anderson Paak. With his recent hit, “Bloody Waters,” featured on the “Black Panther” soundtrack, the rapper has made a name for himself. His unique sound is one to get excited for! Check out songs like “Silicon Valley” and “GLOWED UP” to get a sense of the artist’s eclectic sound.

What Tree On The Main Green Are You?

Hint: It is NOT Rock Tree

Special Skillz I Wish I Could Add to My Resume

If I were an employer, I’d hire the shit out of myself (tragically, actual employers do not always agree with me). But there’s a major issue: my resume lacks some of the most impressive things about me, things that may arguably be more impressive than my high school induction to the National Honor Society. Here are a few additions that I think would really spice up my resume and show my future employers who I really am…

The Most Productive Ways to Procrastinate During #FinalsSzn

Finals season is coming… And you know what that means: you’re already behind on your work, you’re on the verge of about eight mental breakdowns, and you’re counting down the days until winter break. But even though we all love to complain about like, literally living in the Rock, much of that time is spent chatting with friends, lamenting about how behind you are on work, and procrastinating in a million other ways. In my opinion, procrastination is not only an unavoidable part of finals season, it’s a necessary one. Procrastination can be a healthy usage of time–so long as you do it right. Here are just a few of my favorite ways to procrastinate (somewhat) wisely during exam week.

One thing’s for sure: you’re not getting enough sleep this week. But you won’t be able to get any work done if even that fourth cup of coffee can’t keep you awake. Taking power naps is arguably the most “productive” procrastination technique.

Release some endorphins! Get strong enough to fight any professor who doesn’t give out extensions!

4. Have a movie night with friends

When your brain is overflowing with thoughts of Faulkner, 1’s and 0’s, and GDPs, sometimes you just need to take a break and watch Elf (probably with some hot chocolate in hand).

5. Do your laundry/ clean your room

If you can’t be productive, you may as well feel productive.

This counts as studying, right?

Dental hygiene is never a waste of time.

Because what’s more productive than discovering what kind of donut you are based on your taste in men?

Life Hacks: Cooking without a Kitchen

There are plenty of things to complain about when it comes to living in a dorm. There’s the tiny beds, the lack of space, and the need to share a bathroom with a hall full of strangers. But if you’re like me, the thing that dorms are gravely missing are kitchens.

I’m no 5-star chef, and I’m definitely not complaining about the dining halls on campus. But sometimes, I just don’t feel like leaving the comfort of my heated room to withstand the arctic tundra that is Providence winter, just to grab some grub. If you’re anything like me, you long to be able to cook in your dorm. But if you’ve got a microwave and an empty stomach, look no further: these hacks will get you through the weeks leading up to Thanksgiving and Winter break (read: home-cooked meals!).

Hopefully none of this happens

To make warm brownies, all you need is brownie mix, water, and a microwave (and ice cream, if you wanna get fancy). 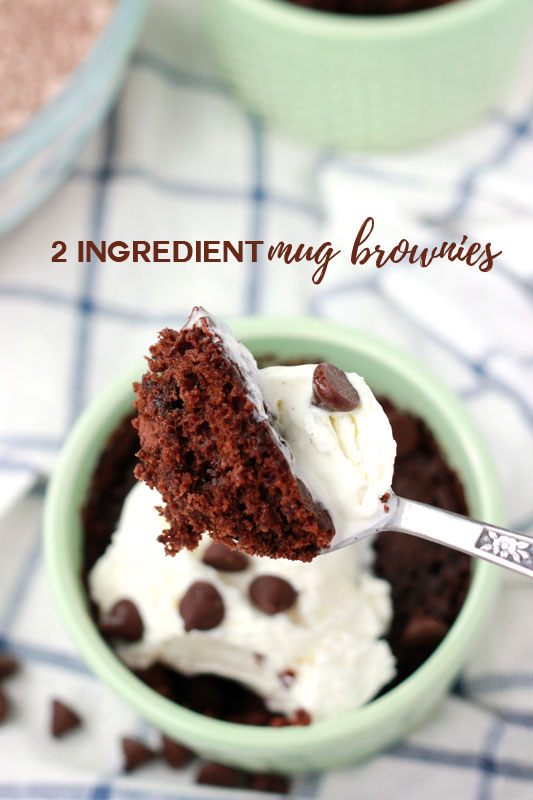 No place to boil water? You can actually cook ramen noodles in the microwave! Just put the noodles in a bowl, cover them with water, and microwave them for around 3-5 minutes. Then add the flavor packet or any other spices and sauces you like! You can also add whatever veggies and proteins you want to make it a full meal.

If you have the ingredients to make this mug cookie, it only takes around 10 minutes total to prep and cook. SO worth it. 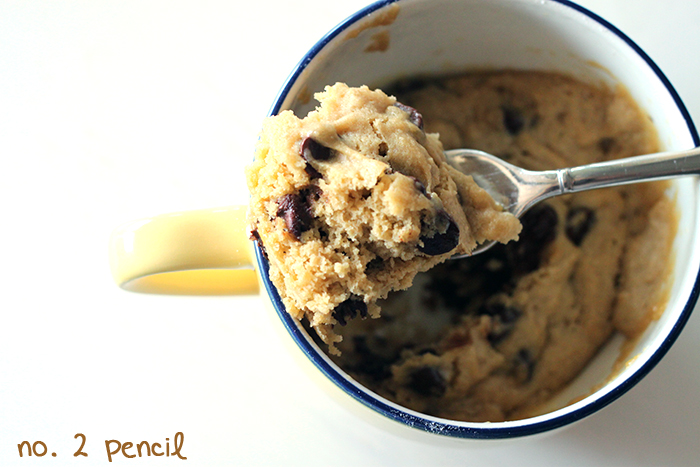 Leftover chinese food rocks, though leftover rice never tastes quite right–even after heating it up. But microwavable rice is a lifesaver (and a huge staple in my diet). And the fact that you can buy it in one-serving cups like these is life changing. If you have the funds (you can get some small ones for pretty cheap) and storage space for it, I’d recommend getting a rice cooker. It might only serve one purpose, but hey – rice is amazing.

Hungry teens have been making microwavable nachos forever. Just add shredded cheese to a plate of tortilla chips, microwave it, and you’ve got instant nachos.